Shortly after graduating from Weber State University with a degree in Criminal Justice in 2000, Ben was jumping from helicopters and wrestling elk for the Utah Division of Wildlife Resources. Until recently, Ben served as a Policy Analyst and Legislative Liaison for the Utah Department of Natural Resources, Division of Wildlife Resources, where he worked with local leaders, lawmakers, and the Governor’s Public Lands Policy Coordinating Office to coordinate and develop local, state, and national policies and conservation practices that benefit wildlife in Utah. Today, he supervises day-to-day operations for the Division of Wildlife throughout northern Utah where he occasionally gets to jump from helicopters and wrestle wildlife again.

Ben was instrumental in the inception and implementation of the Ogden River Restoration Project; a $6-million project in Ogden, Utah, that transformed a blighted and polluted river into a Blue Ribbon Fishery and paved the way for a surge in recreational use and community and economic development for Ogden City.

Ben earned his Master of Science degree from Utah State  and is professionally trained and certified in Public Management by the UCPM Institute, and  and organizational leadership by the MAT Conservation Leadership Program in , West Virginia. Throughout his career, Ben has developed strategic partnerships with individuals, communities, state, and federal governments, as well as various NGOs to protect and conserve wildlife species while balancing Utah’s socioeconomic interests.

Ben is heavily involved in Ogden, as evidenced by his volunteer service with various community organizations initiatives.  He works hard, plays hard has a deep desire to give back to the community that has given so much to him.

Ben played football at Weber State University and is an avid supporter of WSU’s academic and athletic programs. A native of Phoenix, Arizona, Ben and his wife Jaynee have two young daughters, Hazel and Millie. 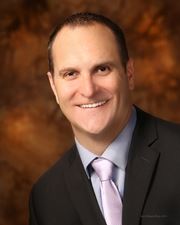